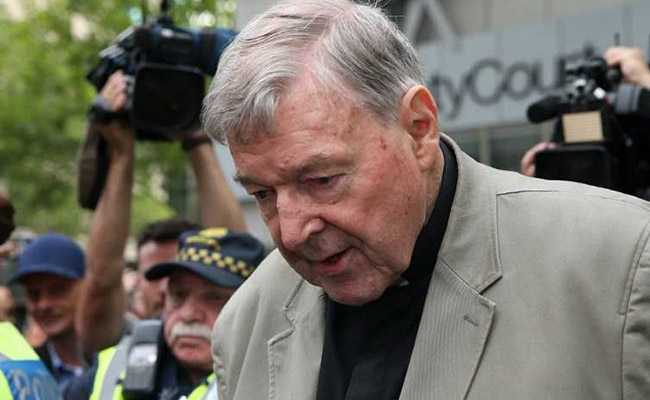 The news outlets were found guilty of 21 counts of contempt of court for ignoring the gag order in the case of Pell, a top Vatican official who was convicted of abusing two choirboys but later cleared on appeal after spending a year in prison.

The news organisations had already pleaded guilty in a deal with the court that led to contempt charges being dropped against 18 individual journalists and editors who had faced possible jail time if they were also convicted.

In Friday’s ruling, Justice John Dixon of the Supreme Court of Victoria state said the defendants’ earlier guilty plea had “not demonstrated a significant degree of remorse and contrition” but was contrived to protect their employees from conviction as individuals.

Most of the fines were levied against newspapers and websites of Australia’s two biggest news companies — Rupert Murdoch’s News Corp and the Nine Entertainment group.

Dixon described the reporting by outlets of the two media giants as “blatant and wilful defiance of the court’s authority”.

“They each took a deliberate risk by intentionally advancing a collateral attack on the role of suppression orders and Victoria’s justice system,” he said.

A judge issued the suppression order in December 2018 to prevent news of Pell’s convictions from prejudicing jurors in an expected second trial on child sex abuse charges that were subsequently dropped in early 2019.

The order meant Pell’s 2018 convictions for abusing two choirboys in the 1990s — which were overturned last April by the High Court — initially could not be reported in Australia, including on the internet.

In protest over the gag order, media outlets ran cryptic articles saying they had been barred from reporting on a story of major public interest involving a high-profile Australian after US outlets broke the story.

One Murdoch tabloid ran a front page that was entirely blacked out with the headline “Censored” across it.