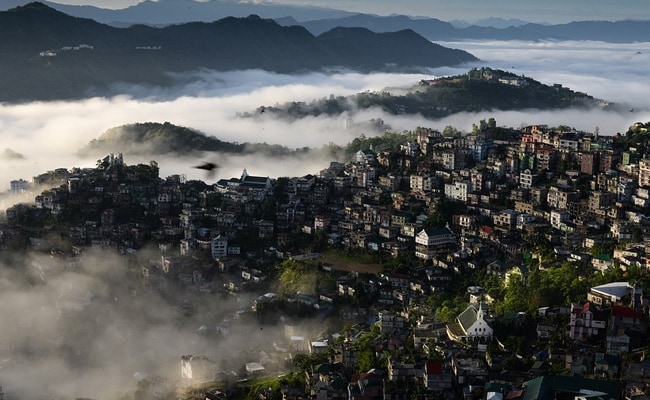 Mizoram today accused Assam of encroaching upon its land in the Kolasib district, in a new escalation of the border dispute between the two Northeastern states.

Kolasib district’s superintendent of police Vanlalfaka Ralte said that over a hundred officials and policemen led by Assam’s Hailakandi district deputy commissioner and SP entered Mizoram’s territory and has been camping there since Tuesday.

The area, locally known as Aitlang hnar (the source of river Aitlang), belongs to Mizoram and is about 5 km from Vairengte village in Kolasib which borders Assam’s Karimganj district, he said.

The residents of Vairengte practice plantations in the area, which they claim belongs to Mizoram since time immemorial, Mr Ralte said.

A host of district officials and police personnel from Assam arrived and forcefully seized the area on Tuesday, he alleged.

“It is pure aggression by the neighbouring state as the area belongs to Mizoram. The local farmers were forced to flee for fear of being attacked by armed personnel,” Mr Ralte, who is currently camping at the site, told news agency Press Trust of India.

Officials on the Assam side were not immediately available for comments on the matter.

On learning about the incident, district officials and policemen from Mizoram led by a sub-divisional officer rushed to the spot on Tuesday to take stock of the situation, Mr Ralte said.

Officials of both states held a discussion at the site on Tuesday but Assam officials refused to withdraw from the area, he alleged.

Residents of Vairengte, who rushed to the site, were sent back home to prevent violence, the police officer said.

Kolasib’s deputy commissioner H Lalthlangliana is also in the area.

Three districts of Mizoram – Aizawl, Kolasib and Mamit – share about a 164.6 km border with Assam’s Cachar, Karimganj and Hailakandi districts.

The border dispute between the two neighbouring states is a long pending issue. Several dialogues held since 1995 to resolve the dispute yielded little result.

After a massive tussle in 2018, the state border row resurfaced in August last year. The matter further escalated in February and was defused after a series of parleys with the intervention of the Centre.