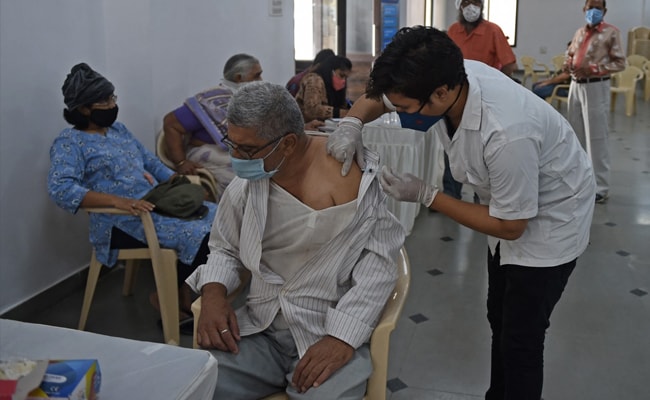 Private hospitals must route Covid vaccine orders via CoWIN – on which they must register – and can no longer buy doses directly from manufacturers, the government said on Tuesday.

The government also imposed a cap, or a “maximum limit”, on the number of doses a private hospital can order for a given month, in order to balance limited supply and prevent wastage.

The new guidelines come into effect from July 1, and include a formula – double the average daily consumption of vaccine doses in any seven-day period (the hospital can choose the seven-day period) of the previous month – to calculate a private hospital’s “maximum monthly limit”.

Hospitals joining the vaccination drive for the first time will be allocated vaccines based on the number of beds available.

All private hospitals will enter required details into the CoWIN database that will then aggregate district- and state-wise demand before passing the information on to the manufacturers.

No prior approval from government authorities will be necessary.

The revision of the purchase process for private hospitals comes amid calls from some states – including Tamil Nadu and Odisha – asking for a change in the 75:25 allocation of doses.

The “liberalised vaccination policy” that came into effect June 21 – after the centre re-took control of vaccinations from states – allows private hospitals to purchase 25 per cent of a vaccine manufacturer’s monthly output.

The remaining 75 per cent is to be purchased by the centre and distributed to states “based on criteria such as population, disease burden and progress of vaccination”.

Earlier this week Tamil Nadu Chief Minister MK Stalin told the centre that “25 per cent allocation to private hospitals is grossly higher when compared to the actual vaccinations done by them”.

He said in Tamil Nadu private facilities had “used only 6.5 lakh doses (of 1.43 administered so far), which translates to just 4.5 per cent”.

Similar concerns were also flagged by Andhra Pradesh Chief Minister Jaganmohan Reddy; Mr Reddy wrote to Prime Minister Narendra Modi and said “past experience and demand for vaccines at private hospitals” indicated they could not use effectively use such huge quantities.

He also flagged the pricing issue; according to the centre’s order earlier this month, private hospitals charge Rs 780 per dose of Covishield, Rs 1,145 per dose of Sputnik V and Rs 1,410 per dose of Covaxin. This includes taxes and a service charge of Rs 150 per dose.

He claimed private hospitals were, in fact, charging up to Rs 25,000 per dose.

Vaccine prices have been a sensitive subject since the centre allowed manufacturers to decide at what price doses were sold to private hospitals (and, under earlier rules, states too).

The prices triggered allegations of “vaccine profiteering” by the opposition and questions from the Supreme Court, particularly since it was free in the first phase of the vaccination drive.