PSG are interested in 28-year-old Germany defender Antonio Rudiger, who has less than a year left on his Chelsea contract. (Le10Sport – in French)

Real Madrid will target Bayern Munich and Poland striker Robert Lewandowski, 33, if they fail to sign 21-year-old Norway forward Erling Braut Haaland from Borussia Dortmund next summer. (AS – in Spanish)

Real Madrid and a number of top Premier League teams are keeping close tabs on Fulham’s Fabio Carvalho, 19. The Portugal-born attacker, who has six caps for England Under-18s, has less than a year left on his contract at Craven Cottage. (Mail)

Borussia Dortmund have agreed a new contract with England midfielder Jude Bellingham and have no plans to sell the 18-year-old next summer, despite interest from Premier League clubs. (90Min)

Lionel Messi insisted his Paris St-Germain contract include a clause that sees the 34-year-old’s international duties with Argentina take precedence over playing for the Ligue 1 side ahead of next year’s World Cup in Qatar. (Sport – in Spanish)

Barcelona will be forced to pay Liverpool a 20m euro (£17.1m) bonus if Brazil playmaker Philippe Coutinho makes over 100 appearances for the La Liga side. The 29-year-old has played 90 games for Barca since joining them from the Reds in January 2018. (Sport – in Spanish)

Franck Kessie could leave AC Milan in January after the Ivory Coast midfielder, 24, rejected the Serie A club’s latest contract offer worth 6.5m euro (£5.9m) a year. (Tuttosport – in Italian)

Liverpool are among the clubs interested in Kessie, although Milan may seek a swap deal, with the Premier League club’s Spain midfielder Thiago Alcantara, 30, moving to the San Siro. (Il Milanista – in Italian)

Former Arsenal defender David Luiz, 34, is eyeing a return to his native Brazil after snubbing interest from Marseille. (Le10Sport – in French)

Another former Arsenal player, Mesut Ozil, is attracting interest from clubs in the MLS and Qatar with the German midfielder, 32, having fallen out of favour at Fenerbahce. (AS – in Spanish) 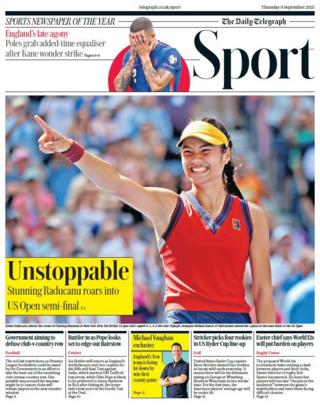