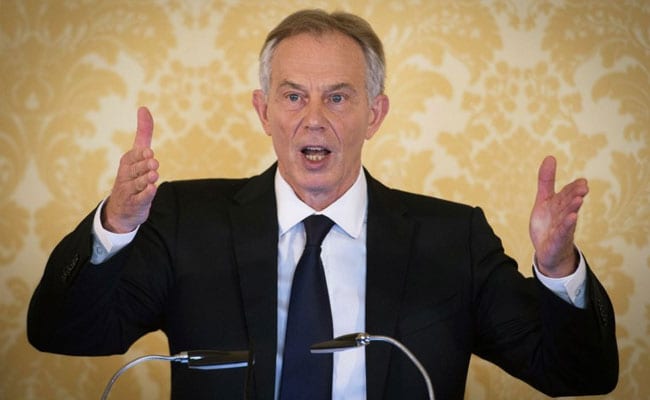 Former UK prime minister Tony Blair, who in 2001 took Britain into war in Afghanistan alongside the United States, on Saturday condemned their “abandonment” of the country as “dangerous” and “unnecessary”.

In his first public comments on the crisis since the Afghan government collapsed last weekend, Blair used a wide-ranging article published on his foundation’s website to heavily criticise Western actions.

“The abandonment of Afghanistan and its people is tragic, dangerous, unnecessary, not in their interests and not in ours,” Blair wrote.

“In the aftermath of the decision to return Afghanistan to the same group from which the carnage of 9/11 arose, and in a manner which seems almost designed to parade our humiliation, the question which allies and enemies alike pose, is: has the West lost its strategic will?”

The ex-UK premier, a controversial figure both in Britain and abroad over his strong support for US-led military action in both Afghanistan and then Iraq, went on to argue Western allies’ current strategy would harm them long-term.

“The world is now uncertain of where the West stands because it is so obvious that the decision to withdraw from Afghanistan in this way was driven not by grand strategy but by politics,” Blair stated.

He added: “We did it with every Jihadist group round the world cheering.

“Russia, China and Iran will see and take advantage. Anyone given commitments by Western Leaders will understandably regard them as unstable currency.”

One of Britain’s longest-serving leaders in power for a decade from 1997, Blair forged a close alliance with former US President George W. Bush during the latter’s so-called war on terror.

His steadfast support for the increasingly unpopular military interventions in the Middle East cost Blair considerably, and was seen as a key factor in him standing down and handing power to his successor Gordon Brown in 2007.

In his article, Blair insisted the West’s retreat from Afghanistan would lead allies and adversaries to ask if it was “in epoch-changing retreat?”

He said the Western alliance must “give tangible demonstration that we are not”, setting out practical steps for engagement in the country and with the Taliban which has seized power.

Beyond that, he also called for a strategic rethink of how the West addresses “radical Islam” while launching a limited defence of Western interventionism.

“We have learnt the perils of intervention in the way we intervened in Afghanistan, Iraq and indeed Libya. But non intervention is also policy with consequence,” Blair stated.

“What is absurd is to believe the choice is between what we did in the first decade after 9/11 and the retreat we are witnessing now.”

Blair’s comments come as current Prime Minister Boris Johnson faces severe criticism over his handling of the crisis, including that Britain has been too weak to influence events.